Public Notice – Keeping snakes away from your home 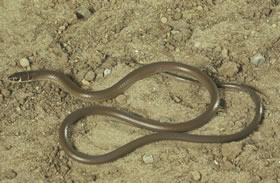 Snakes are often attracted to yards and houses, when food and shelter are unknowingly provided by the human inhabitants. Brown snakes and taipans eat rodents and are attracted to garden or farm sheds to hunt rats and mice. Pythons regularly enter chicken pens and aviaries to prey on the occupants. They are also found in roof cavities hunting for rats and possums. Brown tree snakes are specialists at invading aviaries, often becoming trapped inside after they have eaten a bird. These snakes can also be found at night hunting for geckos around window sills in the home. Common tree snakes actively hunt frogs during the day and are often seen around the house and garden where frogs occur.

Houses and yards can also be used by snakes for shelter. Carpet pythons are regularly found curled up in ceilings, enjoying the security and warmth. A variety of snake species is often encountered in places such as timber piles and under sheets of corrugated iron.

You can take measures to reduce the attractiveness of your yard or house to snakes. If you have a rock wall or other structure that has the potential to house frogs and rats, and in turn attract snakes, discourage these animals by blocking holes. Avoid creating habitat for snakes by keeping a tidy, well-maintained yard and shed. Actively discourage rats and mice, and snake-proof your aviaries and poultry pens.

If there is a chance that a snake could find its way into your home you should have the number of a commercial snake catcher on hand. Snakes found on your premises can be removed and relocated by snake catchers authorised under the Nature Conservation Act 1992. Contact details of local snake catchers can be obtained through the Yellow Pages or via the internet. It is important to remember that snakes are an important part of the environment and the relocated snake is often replaced by another living nearby. The best approach is to snake-proof your house.

For further information on snakes and how to snake proof your house, see the Queensland Government Department of Environment and Science website.

Information courtesy of the Department of Environment and Science website.