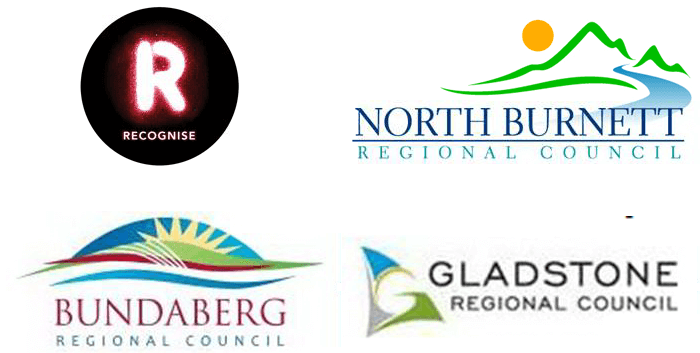 Bundaberg Regional Council is partnering with the Port Curtis Coral Coast Trust to celebrate National Reconciliation Week from 27 May to 3 June.

“National Reconciliation Week is significantly important this year as it represents 50 years since Australians voted to amend the Constitution to include Aboriginal people in the census and allow the Commonwealth to create laws for them. The Australian 1967 Referendum is recognised as one of the most successful in Australian history, with Australians voting overwhelmingly in support of constitutional amendments,” Cr Blackburn said.

“To commemorate both significant milestones in indigenous history, Council is partnering with the Port Curtis Coral Coast Trust to host a community morning tea and flag-raising event in Buss Park.”

“Everyone is invited to attend this event to acknowledge and celebrate our cultural history.”

The flag-raising event, free morning tea and entertainment will commence at 10am on Tuesday, 30 May, in Buss Park.

Council has received $5000 in Australian Government support for local community celebrations after applying for assistance through the National Reconciliation Week (NRW) Grants program.

In Gladstone, National Reconciliation Week Community Fun Day will be celebrated at Barney Point Park from 10am to 2pm with live entertainment by Dave Dow, a free barbecue, inflatable rides, face painting, traditional dancing and other fun activities for the kids.

“The 1967 referendum to give full citizenship to indigenous Australians and the 1992 Mabo decision were monumental steps in our nation’s reconciliation process and now it is up to us to build on these landmarks and work together to continue bridging the gap on our way to true reconciliation.”

North Burnett Regional Council Mayor Cr Rachel Chambers said: “For me, it is hard to believe that only 50 years ago aboriginal people didn’t have the right to vote, as ridiculous as it seems now, the constitution was being changed to, in effect, recognise Indigenous people as Australians, as people with valuable ideas, as people to be included in civil society. The right to vote is one of the most fundamental of human rights, 50 years ago we made substantial progress with this vote. In another 50 years I hope to look back and see much more progress has been made”.

In recognition of the 50th Anniversary of the 1967 Referendum and in conjunction with National Reconciliation Week, North Burnett residents are invited to attend a BBQ lunch and flag-raising event at the historic Ban Ban Springs Rest Area on Saturday, 27 May commencing 11:30am.